My God....John Terry can write! 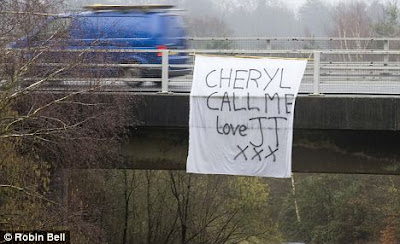 So the Tories have slipped to 37% in the latest ICM poll. I guess that means I can get some juicy odds on them getting a majority now then...doesn't it...won't it...hmmm...maybe the bookies (officially the craftiest species of mammal on earth) are trying to tell the panicking masses of politicalbetting.com something. I'm sure the Yougov daily tracker will be interesting over the next couple of days, now that the country's had 'a chance to see the real Gordon', that is.

The shares of Nokia are on the rise this week indicating the truth in Rawnsley's bullying claims and with the election fast approaching Uncle Bob has this one marked as a buy alongside Gold over the next six months!

2% Gap? People, if you believe that you'll believe anything. Maybe it's just a ruse to get Gordon to go early. I'm putting £50 on a Tory majority now as I know these figures are being fiddled. All it's going to do is make the Tory voters even more certain to turn out. If things are so rosy in the garden why are Labour MP's still dropping like flies in the marginals?
Posted by Rob at 21:32 No comments:

Permit issued for ships sailing to the Falklands

President Kirchner of Argentina has decreed that all ship sailing in their territorial waters require a permit issued from the Argentinian authorities. I could harp on about how this contravenes international maritime law but I won't bother. Just show your permit. It looks like this :-

Should this fail to satisfy the Argentinian authority then please request for a mediator to resolve the dispute. They are easily identifiable and look like this :- 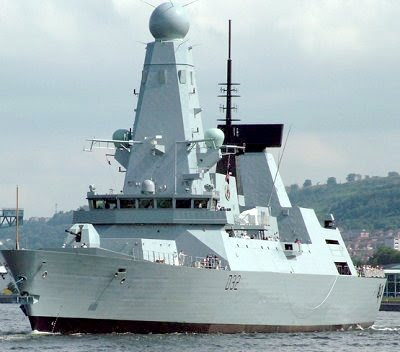 and may be seen carrying translation tools like this so that the argentineans can understand the mediators position clearly:- 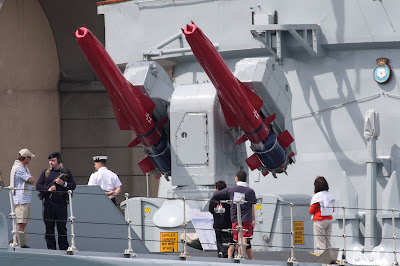 Now our military may be underfunded, we may have a massive number of troops committed to Afghanistan, but if Argentina thinks it can win a military conflict with the UK then by all means, let them try. We might not be in the best shape now but we're still a nation to be feared militarily and have an unequalled record of combat globally. It wasn't so long ago this little island ruled 80% of the world population and it'll take more than a jumped up posse of latin american chancers to claim our territory.
Posted by Rob at 23:38 3 comments:

Who you calling Banker? 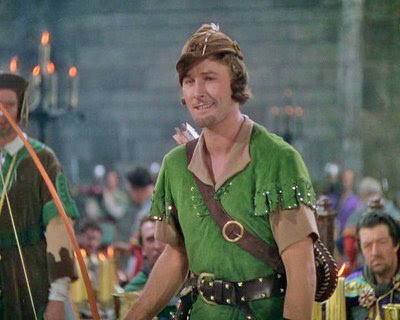 I got a facebook offer from a friend to 'become a fan of the Robin Hood tax'. I should have stopped myself, I shouldn't have gone on the page...I went on the page.


What a load of marxist bullshit. I'm afraid I felt compelled to post on the wall (I had to become a fan first though...not that I wished to) and engage some of the blathering idiots in debate (A concept so alien to most of them they went into shock) not that it was a very productive discussion. It'd be easier trying to reason with the Watermelons armed with a full version of the 'hockey stick' graph than actually have a sensible discussion with these cretins. I posted a link to an interesting page on conservativehome about the reasons the tobin tax (To give it it's proper, non-oxymoronic name) was not a sane or credible idea. That was like showing a red (or should that be blue) rag to a rather stupid socialist bull. Suddenly, I was outed as a banker...because all tories are bankers, I had a vested interest (Damn skippy! I don't want the economy to go down the fucking tubes!) and I was a greedy capitalist pig. Maybe I shouldn't have envoked Thatcher as that only seemed to enrage their feeble little minds more. Expect to see the smelly, unwashed little trots marching with their banners around the square mile on May Day.

Kettling's too bloody good for the ungrateful scrotes! Still, Me, Dave and George and all our banker friends will have the last laugh when we reinstitute Debtors prisons and lock the buggers away in a Lord Ashcroft sponsored prison ship (Tax-deductible, naturally!) Rah-rah-rah! We're going to smash the oiks! 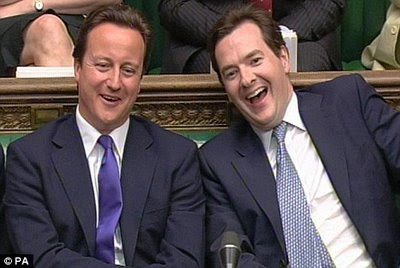 Still, hope my braindead friend doesn't read all the ruckus I created. She's far too attractive to get on the wrong side of...
Posted by Rob at 23:57 2 comments:

A thought on Newsnight...

After watching Newsnight tonight, a thought occurred to me. Ben Bradshaw is one of the most repugnant members of the PLP, in the true spirit of Brown and Balls (I'm sure there's a joke in that somewhere) he is prepared to do and say anything in his desperation to cling to power. So yes, repugnany he certainly is...that leaves Chris Hulne. He's one of the dumbest members of parliament. He's an attack dog alright...too bad he'll end up bighting his own tail.
Posted by Rob at 23:10 No comments: 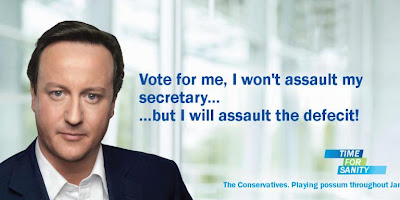 These are becoming almost as ubiquitous on blogs as the 'Downfall' spoofs.
Posted by Rob at 16:34 8 comments:

Shamelessly nicked this from Old Holborn, apparently Eric Pickles has sent a letter to the Prime Minister regarding one of his famous 'brownies', this one in particular about his secret slush fund with records kept in an exercise book. Over to our chum Eric :-

At Prime Minister’s Questions today, you told the House of Commons that you knew nothing about the secret fund, worth a reported £50,000, which was held by the Labour Party for your benefit. When asked why you did not declare this on the Register of Members’ Financial Interests (RMFI), you said specifically: ‘I know nothing about what he [the questioner] is talking about.’

This simply cannot be true.

It is clear from Peter Watt, the Labour Party’s former General Secretary, that you were the beneficiary of a secret fund held by the Labour Party. He has said explicitly:

‘Before becoming Prime Minister, Gordon went to some lengths to insulate himself and the Treasury from our financial troubles, setting up his own personal pot of cash at party HQ. This was money we could not dip into, since it was set aside for the Chancellor’s own pet projects. Murray Elder helped secure donations from the Chancellor’s supporters’ (Inside Out, January 2010, page 105).

He went on to claim that it may have been used to finance your ‘long-term campaign to become party leader’ (Inside Out, Peter Watt, 2010, page 105).

Mr Watt’s assertions were widely reported. Indeed, across several pages in the Mail on Sunday, Mr Watt claimed that you used ‘up to £50,000-a-year of Labour money to pay for private polling’ (Mail on Sunday, 17 January 2010).

The allegations were explicitly confirmed as truthful by a Labour official who said in the same article: ‘It [the fund] was funded through donations to the Party.’

In the light of these allegations, my colleague, Greg Hands MP, wrote to you more than two weeks ago, on 17 January, to query why you had failed to declare the fund properly the Register of Members’ Financial Interests. This letter was publicised in several newspapers on 18 January.

As you did not respond, Greg Hands submitted a complaint to John Lyon, the Parliamentary Commissioner this week. I attach a copy of this complaint for your reference. Again, this complaint was reported.

Yesterday in a speech titled ‘Transforming Politics’, you said that you would ‘do all that is necessary to restore trust’ in politics and the conduct of MPs. If you wish to restore trust in politics, you should stop treating people like fools by claiming that you were unaware of this fund when all the evidence points to the contrary. I therefore urge you to admit to this fund’s existence, apologise for misleading the House and co-operate with any inquiries that John Lyon may wish to make.

Eric Pickles
Chairman, The Conservative Party
Member of Parliament for Brentwood and Ongar

Liam Fox has just issued a press release, apparently the slushfund 'brownie' wasn't the only instance of him misleading Parliament during PMQ's (No shit, sherlock). When he droned on (and on...and on) about the Tories planning to cut the defense budget by £1.5 billion in the 2005 GE manifesto, it actually turns out they made a pledge to increase spending on frontline defense spending (You know, the ones who have been shot at constantly and are not equipped to their requirements) by £2.7 billion.

The question is will 'Smeagol' the Squeaker of the house call him to make an apology to the house before the next PMQ's? Don't hold your breath.
Posted by Rob at 15:28 No comments: